An API (Application Programming Interface) is a medium by which information is shared between different software applications.

Modern APIs are usually based on developer-friendly, accessible, and broadly understood standards.

APIs provide a convenient way for different apps to communicate with each other; APIs are ubiquitously used today. Whether you browse your favourite social media platform or track your activity using a fitness app, you’re probably using an API without even realising it.

A Brief History of APIs 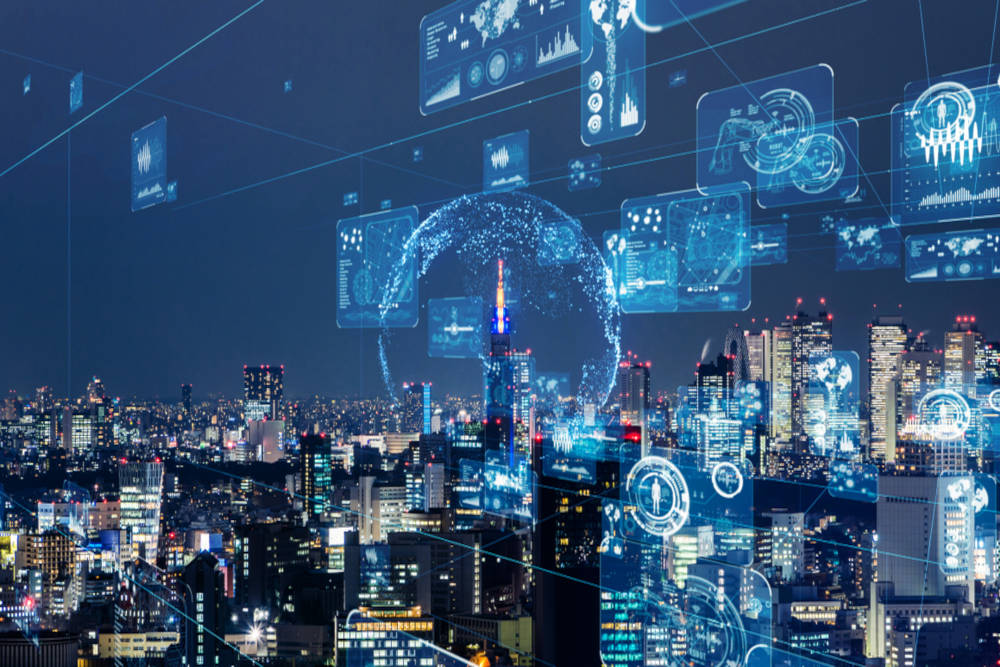 Wilkes and Wheeler are popularly credited with creating the first API in the 1950s. It took the form of a modular software library for an early computer called EDSAC. It consisted of subroutines on physical punch cards and was organised within a filing cabinet.

The concept of what an API is, and could be, continues to evolve with the advent of new technology. In the 1960s and 70s, APIs began to be used in various data structures and were introduced to the field of databases. APIs became a valuable tool for developers to navigate the idiosyncrasies of communicating between various hardware, software, and data storage mechanisms.

In the 90s, APIs underwent another evolution with the dawn of the internet. Standards like CORBA, COM, and DCOM competed to become the most common way to expose API services.

The 2000s is when APIs, particularly web APIs, really started taking off, especially with creating the representational state transfer (REST) API. Both Salesforce and eBay launched their APIs in 2000, while Amazon followed suit in 2002. 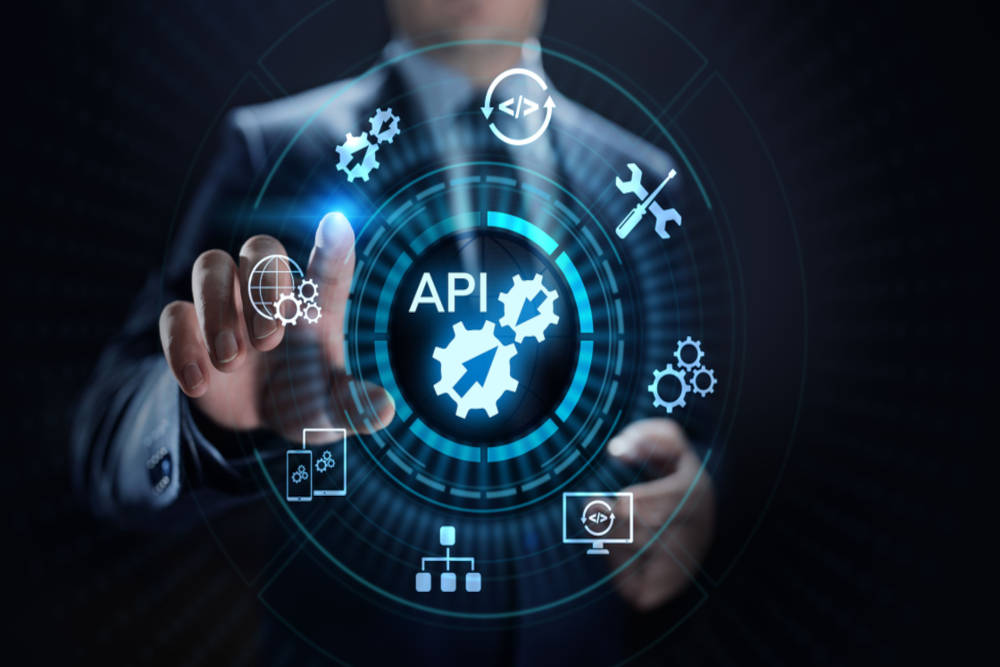 Today, the term API is mainly used for web APIs as they are the most common. However, the idea of an API precedes the web, and there are many different types of lesser-known APIs.

We’ll cover five of the most common types of APIs today. However, there are also hardware APIs.

Web APIs are APIs that can be accessed utilising HTTP protocols. Web browsers can communicate through these APIs via a web server or a web browser.

There are various web APIs, including Open, Partner & Internal.

These are widely known as public or external APIs; they are freely available and can be universally accessed. Some Open APIs are completely open, while others require some form of authentication, such as an API Key or OAuth, to limit access to registered users.

One of the many benefits of an Open API is that it easily allows sharing of data across the web.

Integration between developers and external businesses can benefit both parties using Open APIs.

Third-party companies can quickly leverage the data they require because of the limited restrictions and easy implementation policy of an Open API.

APIs are used to facilitate communication between strategic business or operating partners. They are not open to the public, and only the entitled parties have access to them.

Often controlled via gateways, these APIs have limited access and are usually associated with paid services or subscriptions.

These APIs provide greater control over what is shared and can be more secure than public APIs, with access given only to clients and customers. Often, this type of API is aimed at developers and requires an onboarding process.

These types of API are used only for communication between different systems within a specific network or organisation.

An internal API enables developers to access a company’s stack and application functionality. Internal development teams typically use it for better productivity and reuse of services.

A composite API can consist of multiple data or service APIs rolled into one. In most cases, they are custom-built for an ecosystem of interconnected services using an API orchestration tool. They are commonly used for improved speed and efficiency in microservice architectures where many different applications work together. 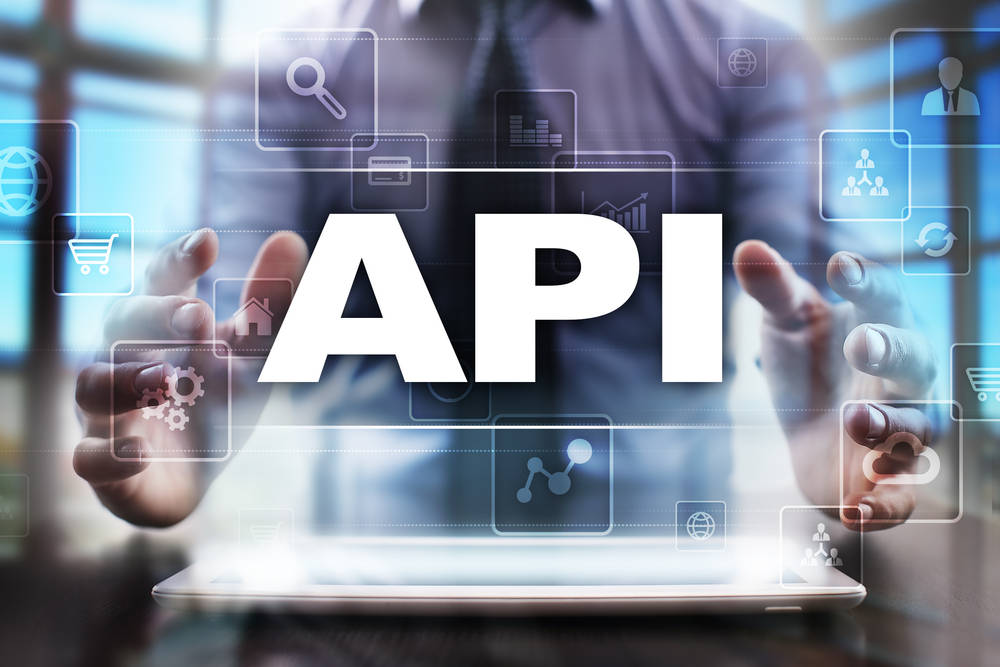 An API architecture is a technical framework for developing a software interface that exposes backend data and application functionality in external applications. Simply put, it describes the rules and constraints for using a specific API for developers.

Different API products or services can be built using the same architecture.

With that in mind, here are some of the most impactful API architectures in use today:

A REST API is based on the state transfer (REST) architectural style and uses HTTP requests to access and use data.

An API that adheres to REST constraints is called RESTful. A RESTful API is composed of a payload formatted in HTML, JSON, or XML format.

The majority of web APIs today are built on REST. RESTful APIs are popular because they are easy to understand and use and are largely uniform.

Another feature of a RESTful API is statelessness, which means that client information isn’t stored between requests. Or in other words, the server doesn’t remember previous interactions with the client.

A REST API is a layered system. This means that the client can communicate with a single component at a given time. This feature provides developers with the opportunity to modify components easily.

How Does a REST API Work?

REST APIs work using a URL containing parameters that request data, which is then delivered.

REST uses native HTTP capabilities, such as GET, PUT, POST and DELETE requests.

What Are RESTful APIs used for?

RESTful APIs are most commonly used to establish communication between an endpoint and a resource. Examples of an endpoint can be a mobile app, website, or cloud portal. A resource is typically a server hosting a database.

So, for example, let’s say a user fills in a form on a website to create a profile. In the front-end code, the website can send the new user information to the resource using a POST request. The resource will take the user data and create a new entry in the “users” database.

Similarly, when a user logs in, a GET request can be used to get the registered user’s information and display it on their profile page.

SOAP (Simple Object Access Protocol) is a messaging protocol for interchanging data in a decentralised and distributed environment. The SOAP API is widely used in web services and uses the XML file format. It’s an official protocol maintained by the World Wide Web Consortium (W3C).

Like REST, SOAP also uses HTTP to transfer information over the web.

The SOAP payload structure consists of:

Some of the advantages of using SOAP include:

However, the one disadvantage of SOAP is that the underlying rules are somewhat inflexible. This makes SOAP APIs more code-heavy and complex.

The RPC (Remote Procedural Call) protocol was the first type of API-like interaction and is still the simplest. Unlike REST, which is resource-oriented, RPC is action-oriented. This means it’s mainly used to execute code on a server remotely.

As such, the RPC protocol only supports GET and POST requests. That’s why RPC calls are also called subroutine or function calls.

RPC APIs are simple to use for both local and remote applications with a decent level of abstraction. The payloads are also typically lightweight, which is good for performance.

The RPC is, in fact, an abstraction which enables both local and remote application communication. The payloads are also typically lightweight, which is good for performance. 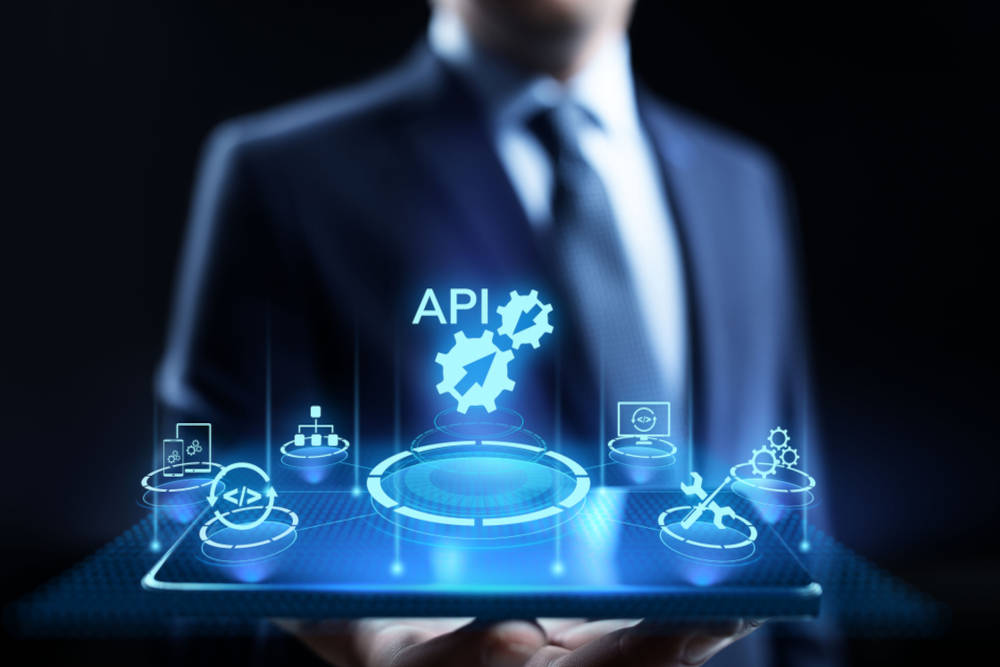 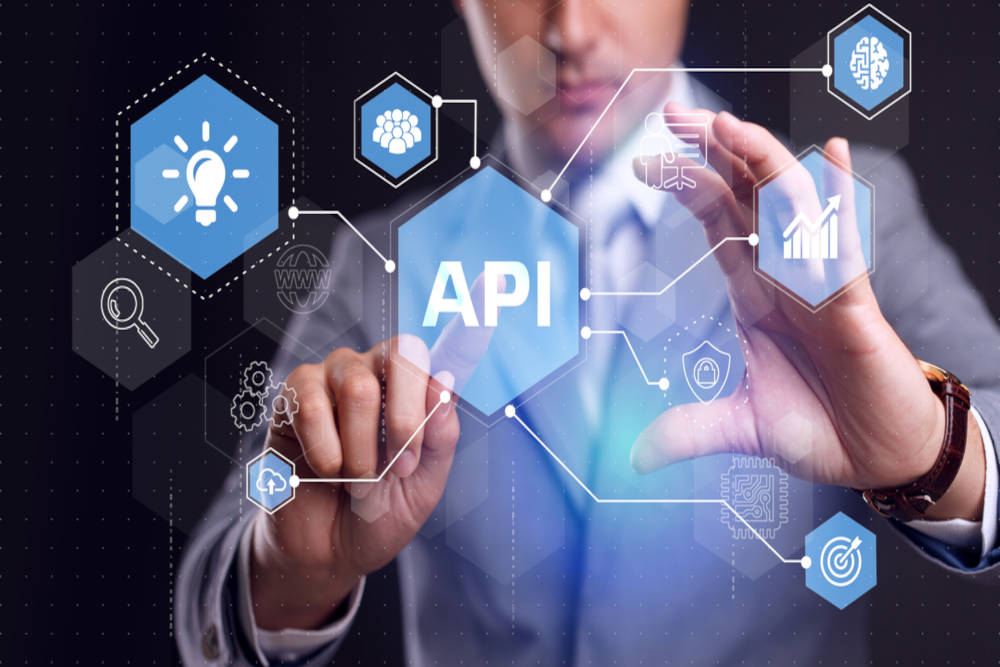 While APIs are backed by fantastic potential, there are potential risks to using them as well: 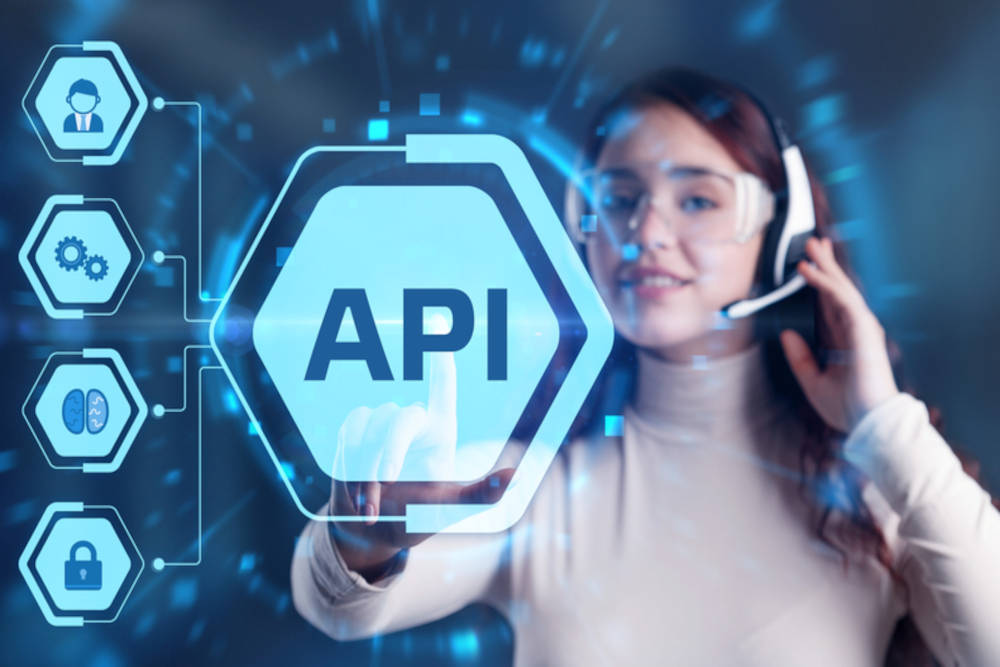 Although you may not realise it, you probably already use or interact with many APIs daily. Typical APIs that you will encounter today are:

APIs, and our understanding of them, have continued to evolve in lock-step with the dominant technologies of the day.

The World of APIs [Infographic] 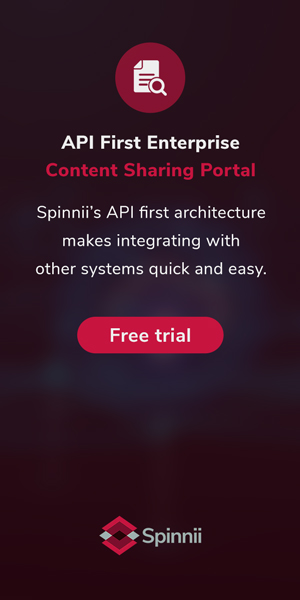 We use cookies on our website to give you the most relevant experience by remembering your preferences and repeat visits. By clicking “Accept All”, you consent to the use of ALL the cookies.
Cookie SettingsAccept All
Manage consent

This website uses cookies to improve your experience while you navigate through the website. Out of these, the cookies that are categorized as necessary are stored on your browser as they are essential for the working of basic functionalities of the website. We also use third-party cookies that help us analyze and understand how you use this website. These cookies will be stored in your browser only with your consent. You also have the option to opt-out of these cookies. But opting out of some of these cookies may affect your browsing experience.
Necessary Always Enabled
Necessary cookies are absolutely essential for the website to function properly. These cookies ensure basic functionalities and security features of the website, anonymously.
Functional
Functional cookies help to perform certain functionalities like sharing the content of the website on social media platforms, collect feedbacks, and other third-party features.
Performance
Performance cookies are used to understand and analyze the key performance indexes of the website which helps in delivering a better user experience for the visitors.
Analytics
Analytical cookies are used to understand how visitors interact with the website. These cookies help provide information on metrics the number of visitors, bounce rate, traffic source, etc.
Advertisement
Advertisement cookies are used to provide visitors with relevant ads and marketing campaigns. These cookies track visitors across websites and collect information to provide customized ads.
Others
Other uncategorized cookies are those that are being analyzed and have not been classified into a category as yet.
SAVE & ACCEPT
Contact